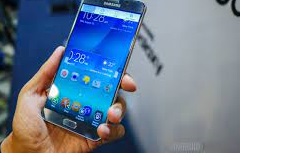 Samsung Galaxy Note 5 is a direct successor to the Note 4, and the fifth iteration of the company’s ‘Note’ phablet line of devices. Like every single one of its predecessors, the Note 5 ships with the S Pen stylus which is even more refined this time around. The Galaxy Note 5 was announced somewhat earlier this year, Samsung introduced it on August 13th along with the Galaxy S6 Edge+. The Galaxy Note 5 is, like its predecessors, a premium offering by this Korea-based tech giant. The device is packed with high-end specs, let’s check those out.

The Galaxy Note 5 sports a 5.7-inch QHD (2560 x 1440) Super AMOLED display along with 4GB of LPDDR4 RAM and 32 or 64GB of internal storage. The device is powered by Samsung’s very own Exynos 7420 64-bit octa-core SoC, the same processor powering the Galaxy S6 and Galaxy S6 Edge. The 16-megapixel OIS camera is located on the back of the Note 5, and a 5-megapixel snapper is available up front. Android 5.1.1 Lollipop comes pre-installed on this device, and Samsung’s TouchWiz UI is available on top of it. The non-removable 3,000mAh battery is also a part of this package, while the Note 5 measures 153.2 x 76.1 x 7.6mm, and weights 171 grams.

The Galaxy Note 5 is, in technical terms, one of the most powerful / best-specced devices out there at the moment. Samsung has improved its software, and the S Pen stylus, while the device looks somewhat more refined than last time around. That being said, Samsung played it a bit safe this time around, and that doesn’t really have to be a bad thing. Either way you look at it, the Galaxy Note 5 is one of the best phablets in the world at the moment, if not the best, and if you’re in a market for a premium phablet, Galaxy Note 5 will be hard not to consider.