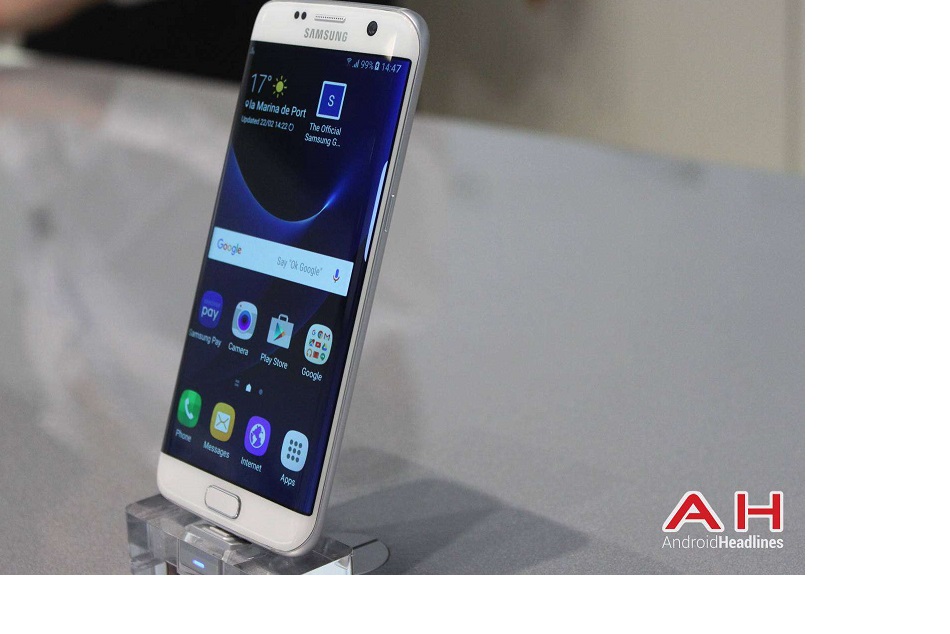 The Samsung Galaxy S7 Edge is very similar to last year’s Galaxy S6 Edge model, but it’s an improvement in pretty much every way. Its display is considerably bigger this time around, 5.5-inches compared to the 5.1-inch panel last year, and the bezels are thinner than ever. The rear-facing camera is almost flush with the device itself, and the phone retained the metal + glass build which makes it look quite sleek. Both the left and right edge of this handset are curved, and the physical home button / fingerprint scanner is placed below the display itself, as it was on the Galaxy S6 Edge and the vast majority of Galaxy-branded phones to date.

The Galaxy S7 Edge sports a 5.5-inch QHD (2560 x 1440) Super AMOLED display, 4GB of RAM and 32GB / 64GB of expandable internal storage. Keep in mind that only the 32GB variant will be available in the U.S. There are two variants of this smartphone out there, the Snapdragon 820 and Exynos 8890 model, and their availability will be region dependent. The 16-megapixel snapper (f/1.7 aperture) is placed on the back of the Galaxy S7 Edge, and a 5-megapixel snapper can be found up front. Android 6.0 Marshmallow comes pre-installed here, with Samsung’s TouchWIz UI installed on top of Google’s OS. The 3,600mAh non-removable battery is built into this phone, and the device offers Quick Charge 3.0 functionality. The Galaxy S7 Edge measures 150.9 x 72.6 x 7.7mm, while it weighs 157 grams.

The Galaxy S7 Edge resembles its predecessor in pretty much every way, but this handset has been significantly improved. The phone is now curved on the back, which not only means it’s far more natural to hold, but it also packs in a bigger battery. The phone’s bezels are thinner, and the device simply looks far better. The specifications have been improved here as well, and this is one of the best smartphones out there at the moment, though it’s not exactly affordable. If you want a rather unique Android-powered flagships, it doesn’t really get much better than the Galaxy S7 Edge.