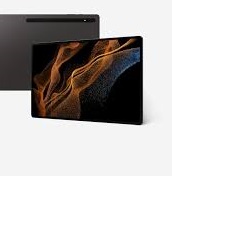 Samsung has apparently decided that consumers don’t need a charger with their Galaxy Tab S8 purchase. As spotted by 9To5Google, The Verge’s Dan Seifert states the Galaxy Tab S8 doesn’t come with a charger in the box.

Samsung’s online shop confirms this. Unfortunately, the packaging only includes the USB-C data cable and not the power brick. Which means you’ll have to use an existing ac adapter or plug it into a USB port somewhere that can deliver power.

Logically speaking, it would be reasonable to think that Samsung’s decision for leaving the ac adapter out is driven by more sustainable packaging. Less items in the box could potentially lead to a smaller box which means less packaging. And overall less waste.

However, there’s not really a way to know what drove Samsung to go this route. Given the cost of the device, too, you’d think that Samsung could afford to include the ac adapter. And the news gets a little bit worse.

What makes the decision more interesting is that Samsung’s main competitor in the tablet space, Apple, does include ac adapters with its latest iPads. So what all do you get with a Galaxy Tab S8, S8+, or S8 Ultra when you purchase one?

Well, aside from the tablet, there’s the USB-C data cable in the box, the S Pen, and the SD card slot ejector tool. That’s it. While this probably isn’t that big of an issue for those that already have an ac adapter from a recent device lying around, some consumers will no doubt need a new one.

And in this case, they’ll be forced to buy it separately if they don’t already have it. Good news though. Samsung has a 45W power adapter that comes with an additional cable (that you won’t need) that it can sell you for $50.