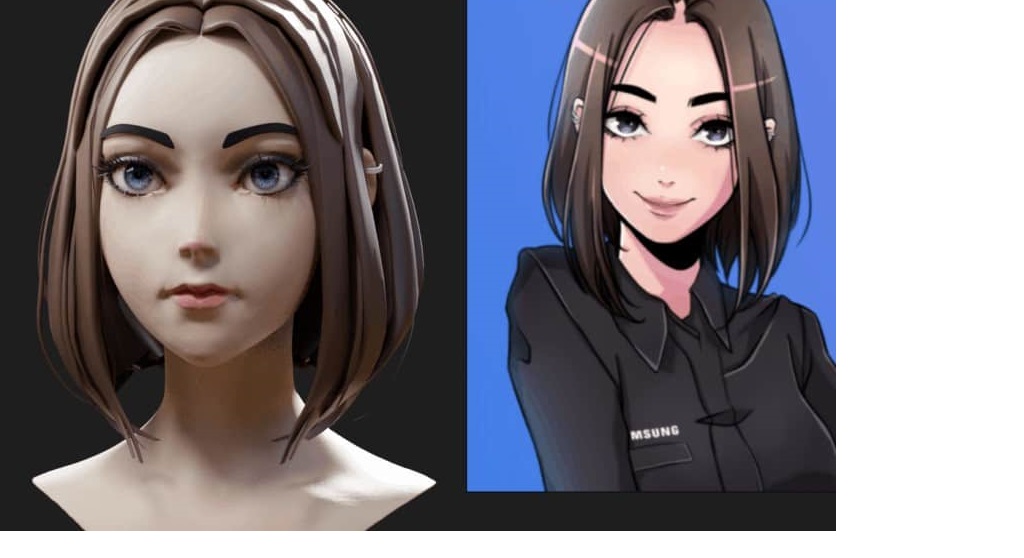 The South Korean tech giant’s official virtual assistant character was originally launched in a 2D form. The newly surfaced 3D variant of the virtual assistant looks quite nice, it will probably make you forget about Bixby.

Despite having a 2D version, the character underwent a radical overhaul to return to social media. Samsung’s virtual assistant, Sam, has more expressions, poses, and textures. These additional features make it more interesting and modern.

As a result of this collaboration, Sam’s hair and clothes look more realistic. Moreover, her overall aesthetic look is even more attractive, as pointed out by Duniaku. The site released a list of the complete team that is working on the project.

Lucas Falcão, and Jose Mauro Lobão have done the grooming, while Viviane Rodrigues, and Weslley Nereu are working as animators.

Marcéu Lobo handled post-production, and Mariana Gomes served as the producer and Bárbara Galvão as the sales manager.

Samsung’s virtual assistant Sam in action
In addition to the renders, the multi-award-winning visual arts production house released a test clip of the new assistant in action. The clip, which was shared on Vimeo, seems to have been taken down.

This could be an indication that Lightfarm may have created the Samsung Sam character of their own volition. It is highly unlikely that it may be based on an actual announcement from the company, according to Unbox.

It is also worth mentioning here that Lightfarm has acknowledged its collaboration with Cheil Agency for the project. For those unaware, Cheil Agency is an ad firm under the Samsung group.