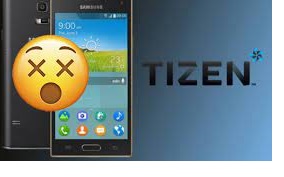 While Samsung at one hand is gearing up for the launch of its new Galaxy S-series phones, the company has closed the curtains on its Tizen app store.

Yes, you heard it right. From now, you won’t be able to access the Tizen app store. This is applicable to both the new and existing customers.

The company has already stopped producing Tizen-powered smartphones, but now from December 31, 2021, no one will be able to access the Tizen store, let alone download or update apps from the store.

This shouldn’t be much of a big deal, as most users have either already moved over to Android or iOS. However, for those who still were using a Tizen smartphone, this could be a big loss.

Back in June last year, Samsung already went ahead and stopped the service, disabling new users from using the Tizen store. If you now try to visit the Tizen Store app or website, it will display you an error code on the screen.

As noted by Tizen Help, the service is closed for all smartphones, i.e. Samsung Z1, Z2, Z3 & Z4 smartphones in all the countries.

The last phone powered by Tizen OS, the Samsung Z4, was released back in 2017
Samsung has already moved over from Tizen OS to Android for smartwatches. Last year’s Galaxy Watch 4 series was powered by Wear OS 3 platform, which was built in collaboration between Samsung and Google.

Moreover, this is also a clear indication that the company won’t go back to Tizen OS, and future Samsung smartwatches will be powered by Wear OS. The last phone that was powered by Tizen OS from the company was the Samsung Z4.

It was launched back in 2017, and since then, no smartphone was launched by the company powered by Tizen OS. Slowly developers, along with users, left the platform, and in 2018, the popular app ACL also shut its doors on the Tizen platform.

ACL was a popular app on the Tizen Store that allowed users to run Android apps on Tizen OS. Later, apps like Facebook, WhatsApp, Modern Combat, Asphalt 8, Line, etc. were also discontinued from the store.

So, if you still own a Samsung Tizen OS device, be it the smartphone or the watch, it is time to move over to an Android device. Samsung itself offers a huge range of smartphones at all budgets.

If your region allows it, you can even go for a Huawei phone as well. iOS is also an option for those who wish to try that out.