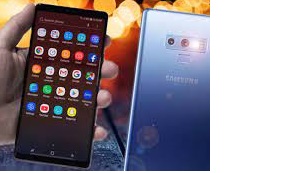 Samsung last month dropped software support for the Galaxy S9 series. But the Galaxy Note 9 series, which also launched in 2018, still has some life left in it and continues to pick up security updates. Today, the four-year-old S Pen wielding Galaxy flagship is receiving the May 2022 Android security update, the latest one available currently.

As of this writing, the Galaxy Note 9 is receiving the May SMR (Security Maintenance Release) in Germany. The new firmware version for the phone is N960FXXS9FVE1. This update should gradually reach other European countries as well as markets outside Europe over the next few days.

As you’d expect, the aging Samsung flagship isn’t getting any new features with this update. The phone is too old now to receive feature updates. It was launched in August 2018, and back then, the Korean firm only promised two major OS upgrades to its devices. Debuted with Android 8.1 Oreo, the phone has already received updates to Android 9 Pie and Android 10.

Galaxy Note 9 will not get too many security updates either
Samsung has revised its software policy multiple times in the last couple of years. It now offers up to four generations of Android updates to its flagship models and select mid-rangers. The company is also promising five years of security updates for newer devices.

However, the four-year-old Galaxy Note 9 isn’t that lucky. It’s only good for two major Android OS upgrades and will end life on Android 10-based One UI 2.5. The device will also receive security updates for up to four years since launch. So not many of those are left now. It may not pick up a new software update beyond August this year. If it does, we will make sure to keep you posted.

In the meantime, if you’re rocking this phablet, as we used to call big-screen phones back then, the May 2022 SMR should be on your way soon. It brings fixes for around 50 vulnerabilities from Samsung and Google. These include a few critical issues that could cause extensive damage to you if an attacker exploited them in the wild.

Once the OTA (over the air) update reaches your Galaxy Note 9 unit, you will get a notification prompting you to download it. You can also head over to Settings > Software update on your phone and tap on Download and install to manually check for updates. If there’s no update available today, check back again in a few days.