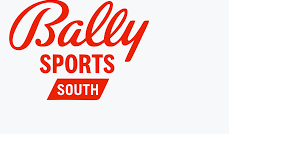 Sinclair has no further updates on its talks with YouTube TV and Hulu with Live TV customers, who are upset about losing out on the regional sports networks.

Last year, YouTube TV, Hulu with Live TV and even Dish, stopped carrying (at the time) Fox Sports regional networks. This was due to a disagreement over carriage fees with these distributors.

On its quarterly earnings call, Sinclair’s president and CEO Chris Ripley stated that they had “no comments on the status of distributor discussions.” And continued by stating that “time will tell if these distributors will return.”

Sinclair has been very consistent in not being able to work with distributors
Those that are familiar with Sinclair’s tactics were likely not surprised that YouTube TV, Hulu with Live TV and others dropped their regional sports networks. Which have now been renamed to “Bally Sports” after buying them from Disney – who bought them from Fox in 2019.

The way things are going, these regional sports networks may not be available anywhere, but in its direct-to-consumer app. Which Ripley has also stated is coming. And stated that it will be “complementary” to its broadcasting puzzle. But if Sinclair starts losing traditional cable and satellite TV providers, it may need to move to digital-only.

As it stands right now, the only streaming service that has Bally Sports is AT&T TV NOW.

A standalone streaming service with all of the regional sports networks would do well, if it is priced right. But where Sinclair has already priced out most of the streaming providers, it’s unlikely that it would be inexpensive. It’ll likely be over $10 per month when it does finally launch. Which seems like a lot just to watch your local teams. Sinclair would need to add more content to really make it worth it.