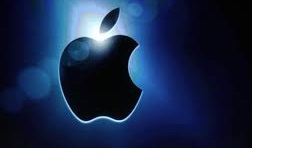 In a significant blow to Google and Apple, South Korea has approved new rules that directly impact those two businesses. The rules restrict app hubs like the Play Store and App Store from forcing developers to use their payment systems. This is a big win for app developers who can now evade the hefty fees levied by Google and Apple.

South Korea passed an amendment to the Telecommunication Business Act last year. This was to eliminate the dominance of the two giants of the mobile industry. Both Apple and Google charge developers a 30% fee on all transactions conducted within their iOS and Android payment systems (via GizmoChina).

But thanks to the newly approved enforcement ordinance, developers will no longer need to pay this fee. These rules will officially take effect starting March 15th. Telecom regulators in South Korea said this will ban “the act of forcing a specific payment method to a provider of mobile content.”

“In order to prevent indirect regulatory avoidance, prohibited acts’ types and standards have been established as tightly knit as possible within the scope delegated by the law,” chairman of Korea Communications Commission (KCC), Han Sang-hyuk said.

Violating companies will have to pay up to 2% of the average annual earnings from related practices
This decision could set the tone for other markets considering similar restrictions on Apple and Google. Companies can no longer block or delay a developer’s registration, renewal, etc when they use a third-party payment system. Violations would cost the companies up to 2% of their average annual earnings from related business practices.

In September, the Korea Fair Trade Commission fined Google $175 million for forcing OEMs to sign its controversial agreements. The regulator was also looking towards the 30% commission rule at the time.

Separately, the Italian Competition Authority fined both companies €10 million for commercial use of user data in November 2021. “The Antitrust Authority has ascertained for each company two violations of the Consumer Code, one for informative deficiencies and another for aggressive practices related to the acquisition and use of consumer data for commercial purposes,” the ACGM said.

Google responded by refuting the allegations, adding that it would work towards becoming fully compliant with consumer protection rules. Google and Apple haven’t responded to these new laws implemented in South Korea just yet.