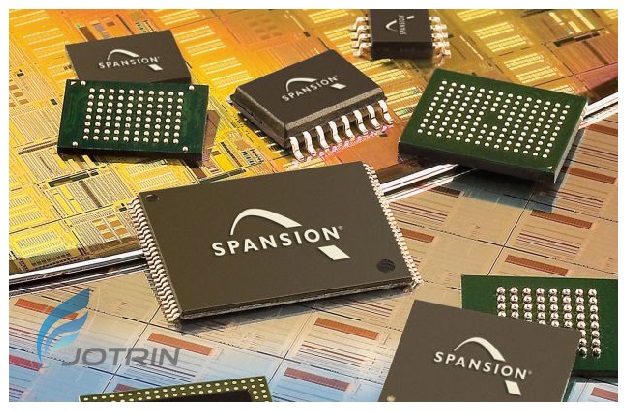 Spansion Inc. made its debut as a publicly traded company Friday, offering shares on the Nasdaq stock exchange that closed up 13 percent from their opening price. However, the initial public offering did not raise as much money as the company had once hoped.

Shares of the flash memory maker’s stock (SPSN) closed at $13.55 for the day. In November, Spansion said it would offer its stock for $16 to $18 a share, but cut that expected range Thursday to $13 to $14, and cut it further Friday morning to $12. At that price, Spansion took in $506.4 million, down from previous expectations of $561 million.

Spansion’s former parent company, Advanced Micro Devices Inc. (AMD), made the decision to take the company public in order to focus on its high-flying processor business. The flash memory business is very volatile, and two bad quarters earlier this year overshadowed an otherwise excellent period for AMD’s overall performance. AMD Chairman, President, and Chief Executive Officer (CEO) Hector Ruiz succinctly summed up the memory group’s performance in January by saying, “In our flash business, we had an awful quarter. … It makes me puke to lose $39 million.”

But Spansion still attracted investors with its IPO, and Spansion President and CEO Cambou vowed to make sure that Spansion will not repeat its early 2005 financial performance in an interview with IDG News Service Friday.

“Because we are now properly capitalized, we can pursue our success going forward,” Cambou said.

Spansion has improved its financial performance in the months leading up to the IPO, which helped reassure potential investors that the company will be healthy into the future, Cambou said. However, the memory business still lost money in the third quarter as part of AMD and revenue was down compared to the previous year.

Spansion is preparing to roll out flash memory chips based on its Ornand architecture. The company says this will combine the storage capacity of NAND flash memory with the reliability of NOR memory, Spansion’s primary product. With the overall flash memory market moving more toward NAND memory, which is used in Apple Computer Inc.’s iPod music players, market researchers expect NAND memory sales to grow much faster than NOR in upcoming years.

“[Ornand] is a major, major product for us,” Cambou said. Spansion will target embedded devices and the automotive market with Ornand chips, in addition to its traditional mobile phone customers, he said.

AMD still owns the majority of Spansion’s shares, but since it now owns less than 50 percent it does not have to report Spansion’s financial performance in its quarterly results. Fujitsu Ltd, which formed the joint venture with AMD, also owns a large chunk of the company.

December 26, 2022
Consumer group reports that the Joy-Cons on the Nintendo Switch are drifting because of a “design flaw”
8 min read