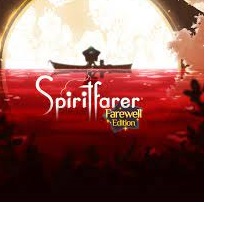 Montreal-based company Thunder Lotus just announced that it’s releasing the Farewell edition of its popular game Spiritfarer. This heartfelt and heartwarming casual game was released last year to positive reviews and acclaim. With this edition, Thunder Lotus is bringing the game to a close.

It also garnered multiple nominations for several categories in The Game Awards 2020, the 2021 BAFTA Game Awards, the 24th Annual D.I.C.E. Awards, the Hugo and The Nebula Awards. Spiritfarer wracked up some wins in the Canadian Game awards.

This marks the end of the game
With over 1 million copies sold and the Farewell edition, Thunder Lotus is bringing this game to a close. It will no longer be adding to the game and it will be moving onto other projects. Nicolas Guérin, the creative director of the game, said in a statement “All good things must come to an end…”

How to buy this game
There are two versions of Spiritfarer, and they’re both the physical copy of the game. They’re only available for PS4 and the Nintendo Switch, so that should be noted. Buying the standard version of the game on PS4 will cost you $29.99, while the Switch version will cost you $34.99.

The standard edition includes a 96-page art book (digital download), postcards, and sticker stamp sets. Along with that, you can download the original soundtrack full of all the music from the game.

If you want to kick things up a notch, you can get the collector’s edition. This will include all of the aforementioned features with the addition of a fully functioning Everlight replica and a Constellation Lantern Display Box.