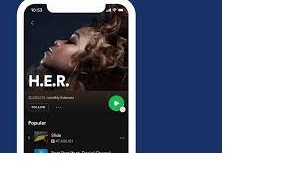 As per a new report, Spotify is upgrading and redesigning its mini player UI. Notably, the music-streaming application is adopting a more modern look for the mini player. Recently, Spotify added a new “What’s New” panel which will show the latest releases from all the artists or podcasts that a user follows. A bell icon is placed on top of the Spotify interface to notify the user of the new release.

Cut to now, the company is revamping the mini player UI with some fresh elements. The music streaming giant is known to upgrade the elements of its UI very often. The new Spotify mini player UI is getting elements that are currently in trend, i.e. rounded corners and punchy colors. This redesign is surely going to be liked by Spotify users.

According to Android Police, they had a hint that Spotify will soon bring this new style to the stable version of the app. Fast forward to now, the new Spotify mini player UI is indeed rolling out for all users.

The new Spotify mini player floats over all the content of the music streaming app
To give you an overview of this new redesign of the Spotify mini player UI, it basically sits on top of all the content of the music streaming app’s interface. It has rounded corners, perfect for all modern-day smartphones. Moreover, the Album art is now a bit smaller, again with some rounded corners.

Additionally, the music progress bar also has now been shifted over from top to bottom. The name of the song and artist shows up almost in the same place, including the button controls. However, beneath the mini player, the navigation tab keys now get a gradient background. It goes darker as the user goes down the interface.

Spotify has given attention to detail here, and these are not just your regular cosmetic changes. Apparently, the floating mini player changes the color to match the color of the album art of what’s currently playing.

Overall, all these changes to the mini player give the Spotify music streaming app a more contemporary style. By the looks of it, it seems like Spotify is doing away with its square-ish design languages and is adopting a more rounded style, which looks great by the way. For now, these changes are under testing, but we hope Spotify pushes a new update and brings new changes soon for all users. Till then, you need to be on the lookout.