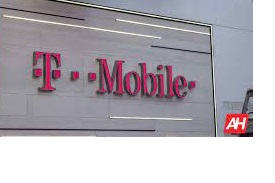 T-Mobile has been going toe-to-toe with the other carriers, and it brings its own flavor of savings to the table. While it’s one of the biggest carriers in the country, T-Mobile still lags behind Verizon and AT&T in terms of in-store services. Now, according to XDA Developers, that’s no longer the case.

T-Mobile offers in-store services what Verizon and AT&T have been doing
T-Mobile has usually kept its in-store and online services pretty compartmentalized. You don’t really interact with your online purchases at the brick and mortar stores. That’s been a hole in the company’s services that AT&T and Verizon don’t share.

Now, T-Mobile is offering in-store services for your online orders. For starters, when you order an item online, you have the option to pick it up at a physical location. This is a great option for people who want to reserve a device to pick up later.

Next, there are now trade-in options for online orders. You can order your new phone online and initiate the trade-in once your data is transferred. Typically, you would order a phone online and send your old phone through the mail. However, this method is definitely for people who want to save time and get that new phone as soon as possible.

Last, but not least, customers who order items online now have the ability to return their devices in-store. Usually, you would have to send your device in through the mail to return it. When you complete your order, you will have a 14-day return window.

This should be a good move for the company, as a lot more people are opting to make their purchases online. Being able to process your online orders in-store is a lot quicker and more convenient for customers. Now that more people are making online orders, it’s important to be able to service them in person.

In Other T-Mobile News: T-Mobile won’t shut down Sprint’s 3G towers until March next year
With 5G gaining more traction, 3G is on its way out. While most people reading this article may not even remember 3G, it’s still being used by a section of the world. At this point, there’s not much time left for 3G, however, as all three carriers have made the decision to shut down the towers.

T-Mobile says that it will delay shutting down Sprint’s 3G towers until March of next year. This is a few months later than the original plan which was January. The company says it’s in order to give its partners more time to help customers with the transition.