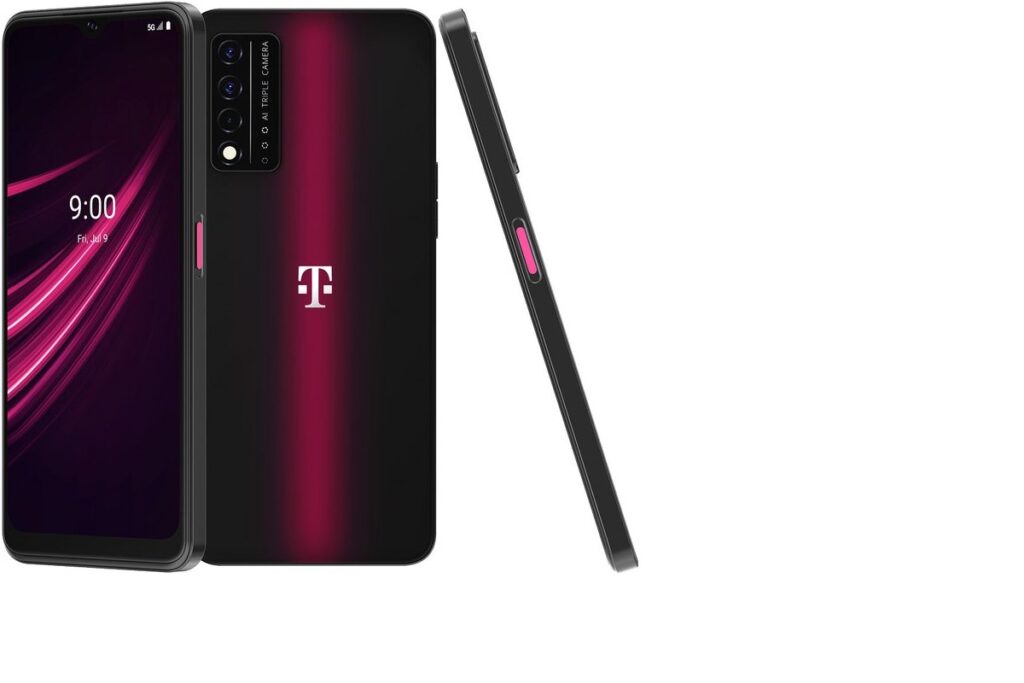 The new T-Mobile REVVL 5G is a carrier-branded smartphone and that probably means — at least in the minds of many — that it’s a low-value gadget that’s hardly worthy of a glance, let alone a full review. But this device showcases the importance of not judging a book by its cover.

Not only does the T-Mobile REVVL 5G excel in terms of what it sets out to do. Namely, offering 5G in an affordable package that doesn’t lag behind the competition. It offers a clean Android experience without the often-unneeded frills or bloatware. Moreover, it provides great results as a mobile camera, with only a few exceptions. And its display is going to be hard to beat too. And all of that, for under $400.

So, leaving preconceptions behind, let’s take a deeper dive into how this phone works in the real world. Beyond the specs sheet and carrier branding, this device could be just what many need in a smartphone.

The first thing I noticed upon unboxing the T-Mobile REVVL 5G is just how “T-Mobile” it really is. Namely, because it has a streak of magenta running right down the middle of the back panel. That’s a gradient and shifts with lighting toward a darker hue, almost disappearing entirely. And the color extends to the power button too — which features a ring light as a charging indicator and for notifications.

Aesthetically speaking, if you like magenta, you’ll like the looks of this phone. All of the remaining aspects of its looks are either extremely prevalent in modern phone design, such as its slightly-raised square camera housing or round, embedded fingerprint scanner. Or are universal, such as its use of somewhat rounded corners and edges.

One big differentiator between the REVVL 5G from T-Mobile and competing gadgets is the company’s decision to keep some extra bezel. In particular, there’s quite a lot of bezel along the bottom edge. The look harkens back to mid-2019 and earlier. But it doesn’t get in the way in terms of usability.

In terms of functionality and build quality, T-Mobile did a great job here. There is a dual “speaker” grill along the bottom, accented only by the USB-C charging and OTG port. And that, like the edge-mounted buttons, is clicky and solidly constructed.

Along the top edge, a 3.5mm port greets device-owners. And that’s an enticing inclusion since most OEMs are abandoning headphone jacks at this point. It’s good to see T-Mobile continue including one.

Moving on to in-hand feel, that’s another area the T-Mobile REVVL 5G, under review, seems to be from a bygone era. It’s bulky and heavier than expected for a modern smartphone.

It still feels great in-hand, with the weight adding a sense that the device is ‘premium’. But it was just a bit too heavy to hold onto comfortably for long periods without resting my arms on something. And, to a certain extent, the weight takes away from the design in that it adds to how bulky it feels. It’s just a bit too boxy for the weight.

For the touchscreen on the T-Mobile REVVL 5G, the company opted to utilize NXTVISION tech, potentially — but not necessarily — pointing to TCL as the manufacturer here. The technology has been seen in that company’s first-party offerings too and, as with those devices, it really helps the T-Mobile REVVL 5G shine for its display. Mostly.

For clarity, NXTVISION upscale the standard dynamic range to HDR wherever that’s possible. It also allows adaptable screen coloration options and improves other visual qualities such as sharpness, contrast, and saturation based on the surrounding environment. Moreover, there’s a brilliant Sunlight display mode that uses those aspects to improve readability in direct sunlight.

All of that makes this display feel and look a lot more like a flagship than a mid-ranger. But there’s a problem here too.

While the display is easy to read in direct sunlight and offers a crispness and depth not seen in most smartphones in its price bracket, it’s not great. And that comes back to problems with brightness. Touch sensitivity, responsiveness, and other aspects are great. But this phone kept adjusting the brightness even with the display auto-brightness features turned off.

I noticed the issue during my battery test and it wasn’t related to the other features mentioned above either. The screen would randomly dim itself, even outdoors. And that was especially annoying under those circumstances because on more than one occasion the screen suddenly became unusable.

Looking at the brightness setting in the notification shade showed that the setting had been turned down despite automatic brightness adjustments being turned off. Adjusting the above-mentioned settings did nothing to alleviate the problem either.

Finally, speaking of the notification shade, there is a ring of ever-so-slightly darker pixels surrounding the hole-punch camera. And that’s going to be obnoxious for some users.

Battery life in modern smartphones has either remained unchanged or gotten much better over the years, depending on who you asked. But nobody would argue that the battery life I saw from T-Mobile REVVL 5G during my review even approached “good.”

It goes almost without saying that this is also one aspect of a smartphone that’s going to vary substantially from user to user. Most users won’t, for instance, turn up the screen brightness all the way all of the time. And most users who buy the T-Mobile REVVL 5G will have an active T-Mobile connection. Although, for the battery test, I turned that radio off entirely so it shouldn’t factor in.

None of that necessarily excuses the just 4-hours and 50-minutes of screen-on time I saw from this handset. Splitting that time up, I spent an hour and 20-minutes of that shooting photos and video because the camera here is quite good. I spent right around 30-minutes short of two hours browsing the web, in video calls, checking emails, or downloading apps and using them. Day-to-day usage.

However, I only used this phone for gaming and video and music streaming for 45-minutes and an hour-and-10-minutes, respectively. And those are arguably the most intensive tasks.

Worse still, leaving the phone on standby showed a drain of around 10-percent for every six hours — totaling at 22-hours of screen-off time for the battery test. And charging isn’t quick either. Gaining half the capacity of the battery back took just 35-minutes. But a full charge took almost two hours.

To put the T-Mobile REVVL 5G through its paces for this review, I mostly just used the phone because I’m typically hard on phones when it comes to the performance. And on that front, this is a surprisingly good device. Or at least it’s surprising with consideration for other carrier-built/-branded phones.

Under the hood, T-Mobile offers this handset with 6GB RAM and 128GB of expandable storage. We’ll cover the latter spec a bit later on since that’s another highlight for this phone. But that 6GB of RAM goes quite a long way paired with Qualcomm’s Snapdragon 765 processor.

In fact, as seen in other reviews, that processor is very nearly as good as a flagship SoC. It only misses the mark in terms of the time needed for processing more intensive tasks such as photo edits or photo editing. Those processes take a bit longer to complete but it’s only going to be noticeable for those who have previously been using a flagship and it’s not a big difference.

Specifically for this phone, that shines through in all of its glory. There’s no latency or lag to speak of, with one exception we’ll cover in the camera segment. And multitasking intensive apps never slowed the device down either beyond what’s expected and acceptable.

What users get is a capable processor arrangement that will work perfectly for day-to-day use, run multiple apps at once, and that won’t get hung up playing the latest top-tier or premium games.

Speaker audio is disappointing, to say the least

That statement, of course, comes with some exceptions. Android fans who want a better camera for night shots would be better served elsewhere, just for starters. And while all smartphone speakers are generally terrible, these aren’t going to satisfy users who need a loudspeaker either.

There’s also battery life to consider. It’s entirely possible that some users will see much better efficiency and the lack of a 5G connection could feasibly have contributed to my review results for the T-Mobile REVVL 5G. But just under 5-hours of battery life is not promising and the standby drain is concerning. So users who need to go for long-haul devices should look elsewhere.

Where this phone does shine is on daytime camera captures from any of its snappers and on video. It also stands out when it comes to a minimal Android experience that doesn’t slow down for even the most intensive apps and games. The display, enhanced with NXTVISION, is going to be hard to beat too. Especially for under $500.

If that description applies to a device that meets your expectations and needs, this phone is well worth every penny of its asking price.