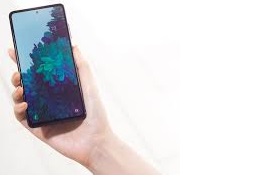 According to a new report by TMONews, T-Mobile Galaxy S20 series owners have now started receiving the Android 11 One UI 3.0 update via OTA.

This is a bit earlier than expected as carrier variants, especially T-Mobile, are always a bit behind in pushing the latest security or firmware updates for its carrier-locked variants.

Since the last couple of years, Samsung has made a huge leap in the software support department by delivering early and stable software updates.

It has been consistent in rolling out timely security updates. And it is not too far behind in rolling out the stable Android OS updates. Moreover, it seems like carriers like T-Mobile also want to keep up with this pace.

Coming back to the T-Mobile Galaxy S20 series Android 11 One UI 3.0 update, it brings all the new goodies of Android 11 along with One UI 3.0. It also bundles the November 1, 2020 security patch.

Talking about the features of One UI 3.0, it brings several performance improvements. Apps are optimized to run faster, and background activities have also been restricted for better RAM allocation.

Additionally, the One UI 3.0 update adds Dynamic Lock Screen. It also adds improved autofocus, and auto exposure in the Camera app. As well as an enhanced Settings app, and an improved dark mode.

It also adds the ability to use Digital Wellbeing to separate personal and work profiles. Privacy settings have also been improved and some productivity features are also included.

Along with all these One UI 3.0-specific features, the update also includes Android 11 features. You will get conversation notifications, notification history, chat bubbles, native-screen recorder, media controls in Quick Settings, and much more.

As usual, the new update for the T-Mobile Galaxy S20 series is rolling out via OTA in batches. You can check for your update manually by going into Settings, Software update, then Download and install.