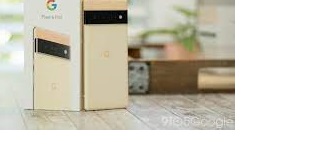 It’s Pixel season! Google’s next flagship phone lineup, the Pixel 6 and 6 Pro is set to launch on October 19th, and vendors are getting ready to offer the devices with their own flavors of savings. According to Android Police, Retail giant Target is launching its own Pixel 6 deal.

Buyers can essentially get a set of Pixel Buds A for free
It really depends on how you look at this Pixel 6 deal from Target. As the deal goes, if you pick up a Pixel 6 or Pro along with a pair of Pixel Buds A, you will get $99 off the order. Since the Pixel Buds A themselves cost $99, you’re basically getting them for free. Obviously, you’ll still be paying the tax on the buds.

This Target deal is great, especially because of the Pixel 6’s price
Phones are getting pricier as time goes on, with Apple and Samsung leading the pack; their main phones sit comfortably above the $1,000 line. We expected Google’s Pixel 6 Pro to at least skirt that line, but based on recent information, we now know that both these phones will be rather affordable.

The base Pixel 6 model will start at $599. It will have a 6.4-inch 1080p+ AMOLED display that can run at 90Hz. Under that display will be a fingerprint scanner, and it will only have a punch-hole up top to interrupt it.

Under the hood, it will be using Google’s own Tensor SoC, marking Google’s break away from Qualcomm’s Snapdragon chips. The base model will have a modest 8GB of RAM and up to 256GB of onboard storage. Keeping the lights on is a 4,616mAh battery.

As for the camera, The Pixel 6 will have a dual-camera setup. There will be a 50-megapixel main camera and a 12-megapixel ultrawide. Upfront, there’s an 8-megapixel selfie camera.

There will be 12GB of RAM, up to 512GB of storage, and a 5,000mAh battery. The camera package will be the same as the base model, but with the addition of a 48-megapixel telephoto camera on the back.