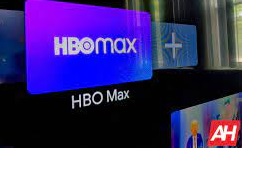 The Android TV version of HBO Max is getting a neat little upgrade today. Android Police reports that HBO Max on Android TV is being updated with a small handful of changes.

And although the app isn’t getting a large overhaul that introduces a ton of new stuff, it’s still going to improve the experience of using the app to watch TV and movies. And these smaller changes couldn’t come at a better time. HBO Max is reportedly launching outside of the US this Summer. Specifically in June. So more people are going to get to start using the app after these improvements.

After updating the app from today onward, users can watch a TV show and restart from where they left off if they ever need to pause content and continue watching later. This is a very basic feature that seemed odd not to have. But regardless of the reason for its removal, it’s coming back now.

The restart button works for movies too. Not just TV. Letting viewers restart any TV or movie content they were watching with a single click. So more than just being able to restart previously unfinished shows or films, the button also lets you do so with as little effort as possible. Really, the only way it could be easier is if HBO Max could read your thoughts and just start playing the content you were thinking about without you having to interact with the interface at all.

Android users get better player controls
In addition to the restart button making a return, Android users are getting some love too. HBO says that the Android version of the HBO Max app (for both smartphones and tablets) is getting improved player controls.

What does this mean exactly? More or less, it’ll just be easier to “get back into what you’re watching.” So these improvements are mainly about easer of use.

HBO also states that it has fixed some of the bugs that have been plaguing the overall experience. And that performance is now better than ever so streaming should be more enjoyable overall.