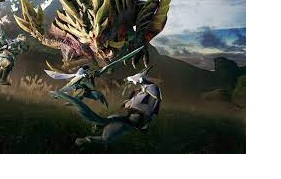 Monster Hunter: World is one of the most successful games out there, having reached over 20 million sales as of 2021. While updates for the game have halted, it regularly goes on sale and continues to thrive with players eager to hunt. This popularity eventually led to fan-made content – and while it might not change the game completely, it works wonders in making the game even more of a joy to play.

Mods for Monster Hunter games are uncommon, as the series was kept to consoles for most of its life. In comparison, Monster Hunter: World mods are widespread, almost certainly because it’s the first in the franchise to become widely available on PC. As such, this guide – and any mods shown here – will only cover the PC version of the game.

You can find Monster Hunter: World mods at NexusMods, like hundreds of other games. Before you can use any of them, though, you’ll need to do a couple things first.

How to Get Monster Hunter: World Mods Working
There are two files you’ll need to get before starting: Stracker’s Loader and Performance Booster and Plugin Extender. You should download and install the former first, as it’s a little more involved. Here are the steps you should follow, in order:

Place all Stracker’s Loader files and the nativePC folder into Monster Hunter: World’s game folder, where MonsterHunterWorld.exe is located.
After this, you can download the Performance Booster and Plugin Extender. Just merge the nativePC folder with the one now in your Monster Hunter: World’s game folder, and you should be all set!

From here, most mods will include a nativePC folder that you can easily merge into the one you have. If a mod doesn’t include it, just put whatever file it has into the nativePC folder and it should work without much issue.

The Best Monster Hunter: World Mods
This section will be a little more subjective. Mods that rebalance stats, modify rewards, or allow players to otherwise “cheat” the game will not be included. A special mention will be given to SmartHunter – Overlay, as it’s helpful for players curious about mechanics such as rage and mounting. But I would not recommend SmartHunter for newcomers, as it can take a lot of the excitement out of early-game hunts.

Another note for newcomers to be aware of is that mods work in multiplayer, to an extent. You won’t be banned for using them, but gameplay changes such as new attacks and monster effects should be avoided, as they may cause the game to desync for other members of your party.

Souvenir’s Light Pillar is a mod that displays a beam of light on top of any dropped item. This allows players to easily see any item they might normally miss while hunting. Dropped items efx is an alternative that uses icons instead of beams of light. The one to use is up to preference, but both mods are incredibly useful for those looking to gather materials.

Rise and Valor style long sword is a mod that changes the Long Sword’s method of attack, restoring moves from Monster Hunter Generations. The video above showcases the changes with some extra modded visual effects. It’s an example of numerous moveset mods that do more than just change some values around. Such mods are scarce as of right now, but they’re worth keeping an eye on for the future.

The highlight of Monster Hunter: World’s mods are what people have done with the monsters themselves. This is exemplified in Resurgence – Returning Monster – White Fatalis, a mod that adds an extremely powerful variant of Monster Hunter’s strongest dragon. Its attack effects are changed and there are even new attacks players will need to survive, making for one of the greatest challenges out there. Also check out Crimson Fatalis if you want something similar.

Though White Fatalis is a highlight, there are plenty of other fantastic custom monster mods out there. This includes Doom Eternal X Monster Hunter, Azure/Crimson Lord Zinogre, and even Returning Monster Bulldrome. These are some of the most impressive mods you can get for Monster Hunter: World, and they’re a fantastic addition for players that have beaten everything else the game offers.

This mod is not available on the Nexus anymore, but it’s too impressive not to include on this list. Based on the spinoff of the same name, Monster Hunter Stories lets players ride monsters and fight alongside them during quests. You can check out the video above for a showcase of the mod.

Final Thoughts
Monster Hunter: World mods are a new step forward for the franchise. The custom monsters, moveset changes, and quality-of-life improvements are unlike anything players have seen before. With Monster Hunter Rise coming to Steam very soon, it’s exciting to think about what’s next for the world of Monster Hunter modding.