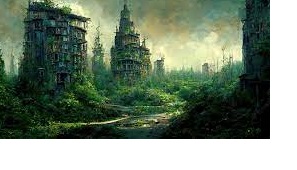 Based on the book series of the same name by Dmitry Glukhovsky, Metro games are set in the post-apocalyptic Moscow metro system, home to humankind’s last survivors. Artyom, the main character of the series, runs through these tunnels in hopes of finding people outside of this hell.

With an engaging storyline, missions, and scary underground creatures, the Metro games are among the best examples of postapocalyptic survival narratives in gaming history.

In this article, we will help you traverse this awesome series by outlining all the Metro games in order of chronology.

Metro 2033 is a first-person shooter survival horror video game developed by 4A Games and published by THQ. It takes place in post-apocalyptic Moscow, mainly within the underground metro system where Artyom, the game’s protagonist, was raised. Occasionally the game takes players above ground, rendered uninhabitable by a nuclear war.

The world Artyom lives in is not a friendly place-the city above the underground is decaying, and the land is ravaged by radiation and the remnants of a long-ago war. The surface and tunnels of the metro are filled with mutants, and every day is another fight for survival.

The first game in chronological order follows Artyom, who is forced to leave the relative safety of his underground station. He travels through the metro to find companions to help him fight the mutants attacking the station. On his quest, Artyom has to fight through the haunted tunnels while avoiding bandits and other dangers of a post-apocalyptic world.

Metro 2033 is a standard first-person shooter and makes an emphasis on survival–resource management plays a crucial role in success in the game.

Since Metro 2033, the game has been known for its unforgiving gameplay and challenging settings. Metro: Last Light is no different. With side quests, more weapons, and some tweaks to the game settings, Metro: Last Light is giving you another chance to immerse yourself in its world of post-apocalyptic Moscow.

The second game in order, Metro: Last Light takes place in the underground tunnels of Moscow, where the player assumes the role of Artyom once again. After Metro 2033, he becomes a Ranger and is now tasked with protecting his home station.

The gameplay of Metro: Last Light is similar to the one of Metro 2033, but with numerous additions and changes, such as a weapon customization system, where you can change the sights, silencer, magazine size, etc.

The game also could be expanded with the “Chronicles Pack” DLC, which contains three optional missions that provide additional insight into the lore of the Metro universe and is considered one of the best DLCs of the series.

The game was a commercial success–its first-week retail sales in the United States surpassed the lifetime retail sales of Metro 2033.

Metro: Redux is not a third game in chronological order of the Metro universe but a substantial remaster of Metro 2033 and Metro: Last Light. This collection contains the original games and significant improvements to combat, artificial intelligence, game modes, and higher resolution support.

The reviewers of Metro: Redux appreciated the gorgeous and impressive game looks despite being a “simple” remaster of two old shooters. Critics also appreciated how Redux felt more like a complete package as opposed to just throwing out an HD remake and a perfect entry point to the series.

Metro: Exodus is the third installment in the Metro video game series based on Dmitry Glukhovsky’s novels. The story follows up 2010’s Metro 2033 and 2013’s Metro: Last Light.

4A Games unveiled Metro: Exodus at Microsoft’s E3 2017 press conference on June 11, 2017, with a planned release for Fall 2018. However, the game was later delayed to Q4 2018 before being delayed again to 2019. The delay was probably worth it. The shift from the enclosed underground setting to a vast open-world-like universe is a significant endeavor that 4A Games triumphed in.

The game begins one year after the events of Metro: Last Light, placing the player once again in the role of Artyom. This game goes away from the confined spaces and underground tunnels of the previous entries in favor of a wide and varied world.

It is the first game in the series that takes place almost entirely outside the metro system of Moscow, taking Artyom to a variety of locations in Moscow and throughout desolated Russia. Aboard the locomotive Aurora, he escapes the Moscow Metro with his allies and sets off on a continent-spanning journey to the far east, where he faces mutants, bandits, and destructive cults.

Upon its release, Metro: Exodus received favorable reviews for its open world, graphics, story, and gameplay. During its first week, the game sold  over 200,000 copies in the Steam store and is probably the best game in the series, receiving nominations for Game of the Year and Best Storytelling in 2019.

Do I Need to Play the Metro Games in Order?
The Metro games have a linear storyline, so it is better to play the whole trilogy in order for the best experience and better understanding of the Metro universe (especially if you don’t know the books).

However, even if you skip a title, the game won’t lose its charm for you. Any Metro game is a complete chapter with its unique storyline and goas.

If you don’t want to play the entire series, I’d recommend picking Metro: Exodus, as it offers the best gaming experience and story.

Will There be a Metro 4?
While the rumors and speculations about the possible new title in the Metro series have been circulating the Internet since mid-2019, it took 4A Games some time to confirm that they had already started working on the next Metro game. The next title will release on Gen 9 consoles and PC and receive a significant overhaul of the engine and renderer.

In addition to focusing primarily on a single-player experience like in previous Metro installments, 4A Games are also working on a multiplayer mode. It’s not yet clear how exactly the multiplayer mode will look like, but according to the studio statement, it will be an experience “that makes complete sense in the Metro universe.”

Currently, there is no additional information about the new Metro game, but hopefully, we can find out more shortly.