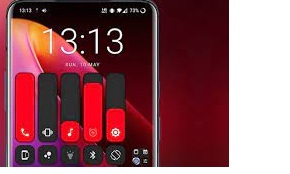 One of the main advantages of Android, over iOS, is its customization. Android was always quite strong in that regard, and it’s still going strong. There are so many aspects of it you can change, even without root. The easiest way to do it, aside from utilizing pre-installed options, is to install third-party applications. In this article, we’ll make some suggestions for the best customization apps for your Android smartphone.

Do note that these are only some of our choices, there are so many other great customization apps in the Play Store, that we can’t even scratch the surface. We did our best to include various different apps here. You’ll find 10 applications listed below, and they’re not listed in a specific order. We’ve included descriptions for every app, as well as a number of other details that you may be interested in.

Top 10 Best Android Customization Apps 2021
Below is a quick overview of the top 10 best Android customization apps for 2021, including any download and in-app purchase costs.

Top 10 Best Android Customization Apps 2021 Downloads
Below is a little more information on each app, a suggestion for the type of user the app is best suited to, and a direct link for easy downloading.

Many of you are probably familiar with Nova Launcher. This is one of the best-known Android launchers, and quite possibly the most popular one. It received a huge update a while back, and it’s simply great. Nova Launcher has long been a staple of customization on Android, and it’s now better than ever. This app allows you to utilize a number of gestures, and set them to do anything you want.

It also allows you to edit the animations that you want to use, not to mention that you can change the icons thanks to it. On top of that, you can edit grid sizes, edit folder functionality, hide unused apps from the app drawer, organize them into tabs / folders, and so, so much more. This application has so many customization options that it would take a long time to list them all. The app is free, but you’ll need the ‘Prime’ version to get all the features, and it’s worth it.

Many would say that Tasker is the most powerful customization app in the Play Store. Well, that is probably accurate, as it can do an incredible number of things. You can use this application to automate tasks, to the extreme. You can also use it to create new actions, and to a ton of other stuff. For example, you can create triggers for actions via launcher shortcuts, widgets, long-pressing volume buttons, and more.

Now, even though Tasker is immensely powerful, it’s not exactly easy to use. It offers so many features and details that you can tweak, that you’ll need to know exactly what you’re doing. You can even expand this app’s functionality via some other apps that are made for it. Rooted phones can get even more use from Tasker, but even if you’re not rooted, this app offers great levels of customization.

IFTTT is short for If This Then That, and it’s all about automation. There are over 630 apps out there that work with IFTTT, and chances are you’re using quite a few of them. Some of those apps are Twitter, Google Drive, Telegram, Twitch, Dropbox, Slack, Amazon Alexa, Google Home, Android in general, and so on. You can create all sorts of automated tasks, or you can simply download them from IFTTT’s repository.

This app has been around for a long time now, and people created all sorts of automated tasks that you can use, without breaking a sweat. It’s much easier to use than Tasker, and it has a different goal. For example, you can set some of your appliances to activate after you leave or enter the house, or you can set it to publish something on social media when you activate some other trigger. These are some basic examples, there’s so much you can do with this app.

KWGT is a custom widget maker. If you don’t like the widgets that are on offer from some apps, or some apps don’t offer them, why don’t you make your own? It’s incredible what you can do with this application. Not only can you create your own widgets, but you can get creations from tons of other people. Some of those are free, while some you’ll need to pay for. The good news is, those paid ones usually come in bundles, so you can get a lot of great content.

This app allows you to create text, and access various shapes like ovals, arcs, triangles, and more. You can shape your widget any way you like. 3D flip transformations are available, and so are shadows, gradients, tiling, and color filters. You can create layers, if you want, while there are all sorts of touch actions that you can utilize here. IT comes with Google Fit support, and so much more.

ZEDGE is an immensely popular application for grabbing wallpapers and ringtones. This service has been around for ages, before smartphones were a thing. The developers released an app for Android a long time ago, and it has been improved ever since. This app has been rated over 9 million times thus far, and it has a respectable rating in the Play Store. If you need one app to get wallpapers and ringtones, this is a great way to go about it.

The app looks really nice, and modern. It allows you to listen to a ringtone before you use it or download it. There are tons of wallpapers and ringtones included here, the ZEDGE database is immense. You can even allow the app to send you some suggestions from time to time. It can keep you involved by sending you some themed content for Halloween, and other major events / holidays, for example.

Energy Ring is another nifty app for customization, if you have a phone with a display camera hole. Many modern smartphones include a hole punch or display camera hole, so chances are many of you have it. So, what does it do? Well, this app allows you to put a battery indicator bar around the hole punch. That will attract attention to hole punch, so if that’s something you’d like to avoid, this app is not for you.

If you’d like to embrace it, though, then this is the perfect way to do it. Not only will you add some pizzazz to the hole punch, but it’ll also be useful, as you’ll be able to see your battery status at all times. One thing to note is that this app is not compatible with every smartphone. There’s a list of smartphones included in the app listing on the Play Store, though some additional ones may be supported. You can always download it and try it out.

Many Android skins have a rather unappealing volume panel, and if you’re annoyed by that, the Volume Styles app is here to help. This application essentially allows you to customize the volume panel on your phone. This app actually allows you to edit it to the extreme. If you liked Xiaomi’s MIUI volume panel, for example, but you’re not using a Xiaomi phone at the moment, that’s not a problem, you can get it.

You can edit the volume panel any way you want thanks to this. Various different options are available, you can get volume panels from Android 10, iOS 13, Xiaomi’s MIUI, Samsung’s One UI, OnePlus’ OxygenOS, Android Oreo, Huawei’s EMUI, OPPO’s Color OS, and so much more. It’s a really useful app that can make you more productive by adding a more useful volume panel to your phone.

TapTap Lock is another useful customization app that I personally found great use of on my Pixel phone. Google doesn’t offer the double-tap-to-lock feature in the Pixel Launcher, unfortunately. Well, this app can save the day, easily. All you need to do is put a see-through widget on your homescreen, where you’d usually double-tap to lock the phone. Enable the accessibility option for the app, and you’re good to go.

That’s basically everything this app does, even though there are a couple of additional options included. This is the only app with such functionality that I’ve found, that it does only that in any launcher, pretty much. Third-party launchers mess with navigation gestures on Pixel phones, well, this doesn’t, so it’s basically your only way to get the double-tap to lock function. It works on other phones as well, though, of course.

Sharedr is an app that can replace your phone’s share menu. If you don’t like Android’s default share menu, this app does come in handy. Do note that it doesn’t work in Android 12, though. The developer mentions that in the app listing, and there’s nothing he can do about it. Google basically blocked such an app from working, so you’ll have to deal with whatever your phone gives you once you update to Android 12.

In any case, you can make this share menu light or dark, and there’s no direct share here, so there’s no delay for the menu to pop up. You can long press on items to pin and unpin them, too bad you can’t do that for specific contacts, though. You can also hide some apps, if you don’t use them, so they’re not int he way. There’s also an option to toggle between list and grid layouts.

You can change the base color of the notification shade, and get advanced notification options. Advance music options can also be included, and the same goes for a quick reply. The app can also bundle your spam notifications in one place, those that you dedicate as unwanted. If you’d like to use a custom background picture, you can do that as well. There are a number of notification card themes you can choose from, and so on.