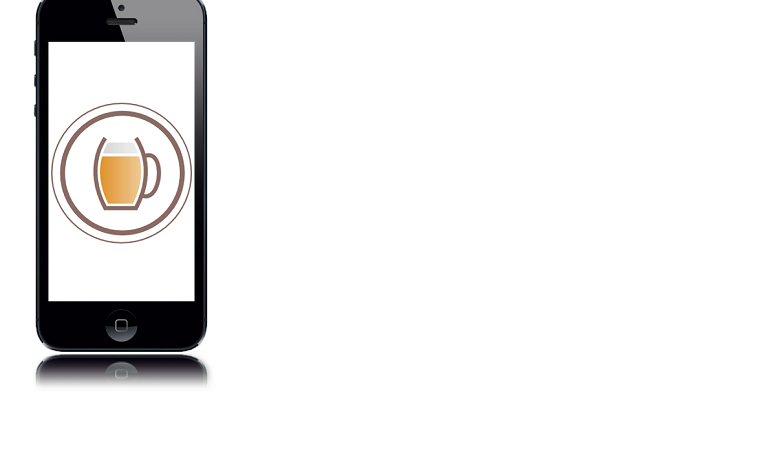 Beer is one of the most popular alcoholic beverages in the world. Many of you probably like it, and believe it or not, there are quite a few beer apps and games available in the Google Play Store. Truth be told, not many of them are good, but we’ve managed to find nine of them that are easy to recommend. In the list below, you’ll find our choices for the very best beer Android apps and games.

There are only a couple of games included in the list, the rest are apps. Some of these apps will help you make your first beer. Others will help you find drinking buddies and people who are beer enthusiasts, such as yourself. We did our best to differentiate the apps on offer. Do note that these apps are not listed in any specific order. Just because one app is placed above some other one doesn’t mean anything.

Top 10 Best Beer Android Apps & Games 2022 Downloads
Below is a little more information on each app, and a direct link for easy downloading.

Untappd is actually one of the most versatile, and easily one of the best beer apps available. This app is particularly great for discovering new, great beers to try out. It can also serve you to locate breweries, and venues that you can attend with your friend. This app also brings a layer of fun to the table. You can earn badges for exploring different bears, or different styles and countries.

So, if you travel a lot, and you like to try different beer products, definitely install this application. Now, Untappd also allows you to create beer lists, and get alerts when your favorite verified venues add new beers. It’s also possible to follow other people on Tappd, to see what they’re up to. The app’s design is also quite nice. It’s minimal, and the app is really easy to use.

Beer Simulator – iBeer is more a game than an app. This app is really easy to explain and also quite easy to use, as it has only one purpose. Once you run the app, your phone’s display will turn into a beer glass, essentially. It will be filled up with digital beer, and that beer will move as you tilt your phone. The developer did its best to make it look as natural as possible, to mimic real life.

This app will mimic bubble effects, fluent foam animation, and liquid that moves according to physics rules. You can tilt the phone as you would a regular glass in order to see the beer slowly go away. You can easily “pour” another glass, simply shake your phone, and that’s it! We’ve seen other, similar apps in the past, but this one gives out the most realistic showing, at least from the ones we’ve tried.

Beers is an excellent app for creating your own beer collection. So, if you love trying out different beers, and also travel a lot, this is an ideal app for you. You can manually create your very own list of beers. You can add those that you’ve tried, the ones that you’re planning to try, and so on. For every single beer, you can add four pictures, a name, date, country of origin, rating, beer style, brewery, and so on.

All in all, you can add a ton of information about everything you try. That way, you’ll have very detailed memories, and this also makes recommending various beers easy to other people. You can even include some personal notes on top of everything. The app can automatically create backups to Dropbox and Google Drive, so that you don’t lose your data when switching phones.

Brewee is probably the best brewery location app in the Google Play Store. That’s not its only purpose, though. With this app, you can easily locate nearby breweries, and see a ton of additional information about a single one of them. That’s a great feature to have if you travel a lot. In addition to that, the app is great for getting craft beer locations. Craft beers managed to become extremely popular, and you can get tons of different ones at each location you visit.

The app has the largest database for the US, at the moment, but it’s a global app. In this app, you’ll be able to check out real visitor reviews for specific craft breweries, before you decide to visit them. We all know that some breweries are just not worth a visit, so this app will help you avoid them. The app’s design is also highly-functional, which came as a surprise for some of these apps. They sure are modern.

If you have a burning wish to create your own beer, well, this app will help you come up with beer recipes. This is actually a homebrew calculator, of sorts. It allows you to create, calculate, and store your recipes to make homebrew. It also allows you to adjust some of the calculations, if you feel comfortable messing with them. This app will help you create your own beer, it will make the process relatively painless.

Calculate Beer has a large database of fermentable, hops, and yeast, which you can use to create craft beer. The developer also included the concentrated boiling function in the app, so that those of you who do not have large equipment, have an alternative method of doing things. The app comes with a full backup function as well, which will save every single recipe for you, in a PDF form.

Beer Buddy is a great app to get one of your friends or people nearby to go get a drink with you. It has the word beer in the title, but it’s not limited to beer only. You can actually select any drink you want, or any other activity that is available, and invite people to do it with you. You can simply open the map that the app provides, and you’ll be able to find people nearby, and thus find your drink buddy.

The best use scenario for the app? Well, first, add everyone you know and usually hang out with to the app, and then expand the list. When you sit down in a coffee shop or a bar, and you want some company, open the app, and select the drink / activity you’re performing. People nearby will be notified, and someone may swing by. The design of this app is also really good, especially the map part of it.

Beer With Me app is kind of self-explanatory. It’s actually a somewhat similar app to Beer Buddy. If you’re looking for someone to get your drink on with, this is the app for you. The app keeps things extremely simple. It allows you to notify your friends when you’re drinking, and thus allows them to join in. It’s like an invitation system for drinking, essentially, and it works really well.

You can select your beverage of choice in this app, simply tap the big drink button, and check in. You’ll be able to select a location, and a drink you intend to consume. It goes both ways. If some of your friends are already in the pub or a coffee shop, and they want some company, you can spot them, and join in. The design of this app is slightly less cartoony than Beer Buddy, and some of you may prefer that.

Drink Extreme is the last app on this list, and this is actually a game. Well, it’s an app that has a collection of games on the inside. There are quite a few drinking games included here, that you can use when you’re in good company. If you’d like to spice up your drinking hangouts, this is the way to go. Never Have I Ever and Truth or Dare are on this list, of course, those are classics.

In addition to that, you can get access to newer games such as Quick Hammer or Quick Drunk. The design of this app is excellent, and chances are you’ll use it without a problem even if you’re a bit drunk. The letters are quite big, and the UI is extremely simple to navigate. The app does come with in-app purchases and ads, but it’s free to play, you won’t be forced to buy the game… though spending some money will ensure some awesome extra features, such as adding your own truth and dares, more players, and so on.

Tavour is a region-locked application. This app is meant to be used in the US, as it’s actually a delivery service dedicated to craft beer. This app comes with a simple UI, as it should considering the type of app we’re looking at here. So, how does it work? All you have to do is open the app, choose the beer you want from a wide variety of the ones on offer, select how many you want, and get them delivered your way.

As mentioned earlier, this app is dedicated to craft beer, so if that’s not your thing, this is not the app for you. You’ll find some really interesting craft beer products on offer here, you won’t find in many other places. Tavour is an ideal app for those of you who enjoy craft beer, that’s for sure.

Beer Style Compendium is actually an app that contains beer guidelines. In fact, it’s not a beer-specific app, as it also has mead and cider guidelines included. The Beer Judge Certification Program in 2021 and 2015 Beer Styles program are both included here, amongst others. This is definitely not an app for everyone, but if you need such information, then this app will serve you just fine.

Those of you who are studying for your BJCP certification will certainly find this application interesting. This is essentially a detailed handbook on beer styles. The UI design won’t exactly wow anyone, but it’s not supposed to. This is a guidelines app, essentially, so there’s only so much the developer could have done when it comes to the UI design.