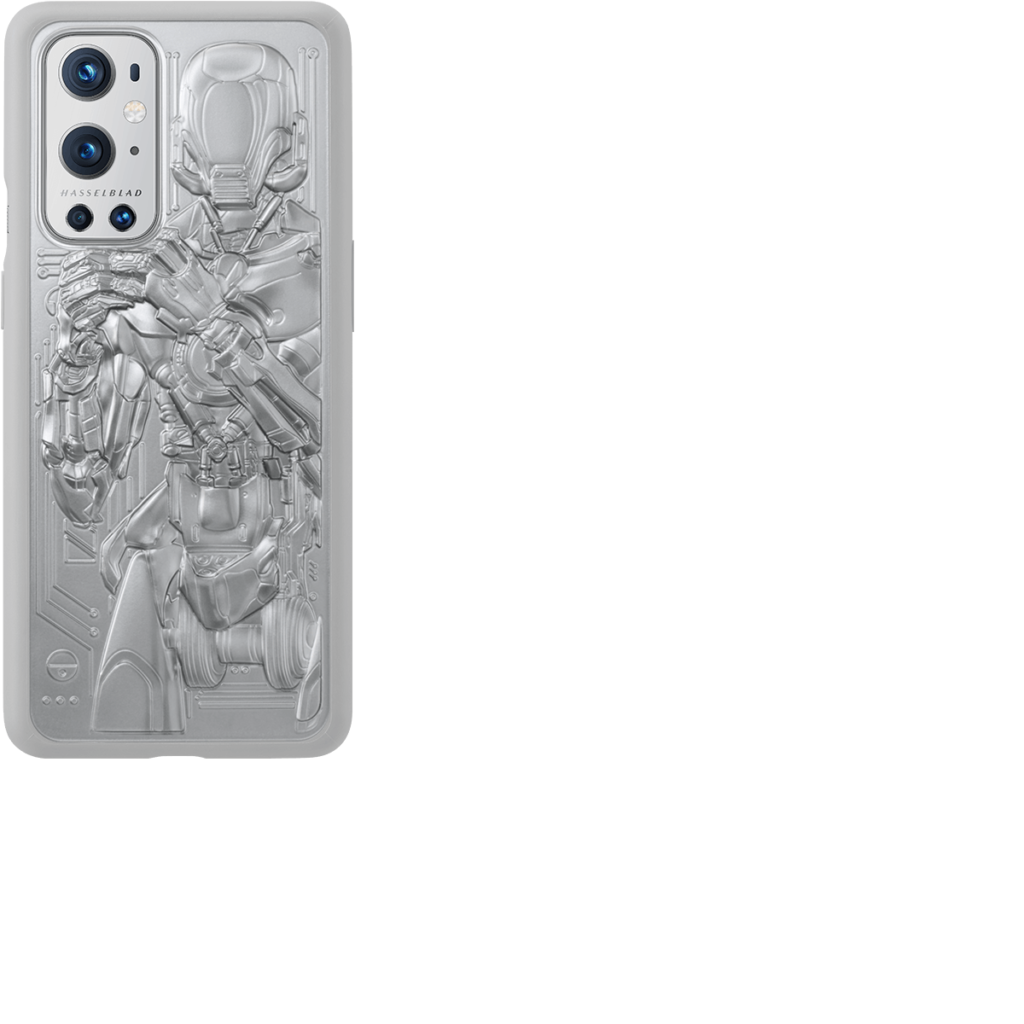 You can buy the OnePlus 9 Pro now, and when you do that, you’ll also want to pick up a few cases for your phone. Since it is a glossy-finished phone, it’s going to pick up fingerprints like crazy. And a case can help eliminate those fingerprints. As well as protect your phone from drops and such. Seeing as the OnePlus 9 Pro starts at $969, a few cases for the phone are a must.

Top 10 Best OnePlus 9 Pro Cases
In this list of the best cases for the OnePlus 9 Pro, you’ll find a number of different cases available at different price points. This includes clear cases, bumper cases and much more. And let’s not forget some of OnePlus’ own first-party cases too.

So without further ado, let’s get to the list of the best OnePlus 9 Pro cases.

OnePlus 9 Pro Karbon Bumper Case
Now this one, is a fan favorite. It’s OnePlus’ carbon fiber bumper case, and it’s back for the OnePlus 9 Pro this year. This one isn’t as thick as the “Unique” case above, so it’s better for those that prefer thinner cases.

Advertisement
The Karbon case does add some nice grip to the phone, so it’s less likely to slip out of your hands. That’s always a good thing, to be quite honest. And it has cut outs for all of the right things like the camera, charging port, and the buttons.

OnePlus 9 Pro Sandstone Bumper Case
Sandstone is the material that was used on the original OnePlus One all of those years ago, and OnePlus still sticks to its roots. By releasing a Sandstone case every year. It does offer a pretty interesting feel onto your phone, and perhaps the most grippy of the three cases that OnePlus offers for its smartphones.

It feels a bit like sandpaper, but not as rough. And once you wear it in a bit, it does feel much softer, but still easy to hold onto.
Caseology Parallax
The Parallax is a pretty popular case, that Caseology makes for almost every smartphone that gets released. And it’s a really good looking case, that is dual-layered.

So there’s a soft layer that goes against the phone and then a hard outer-shell – mostly around the sides of the phone. This allows it to take more impact when/if you drop your phone. The Parallax is also a 3D pattern on the back of the case that will allow for you to hold onto it a whole lot easier.

QITAYO Crystal Clear Case
QITAYO makes a pretty good looking clear case for the OnePlus 9 Pro here. Which is great for those that really want to show off the design of their new smartphone.

This OnePlus 9 Pro clear case balances the clarity, protection and grip perfectly, soft to install and remove.Fits in all the important factors at a lower cost.

This case is a dual-layer case, like some of the others on this list. So it has a soft inner-shell and then a hard outer-shell. Which allows it to handle the impact of being dropped. So you won’t need to worry about your phone shattering or even breaking, if you do drop it. Still not a good idea to drop it, but it is nice insurance.

Ringke Fusion-X
The Ringke Fusion-X is another tried-and-true smartphone case, and it’s now available for the OnePlus 9 Pro. And this is a good one for those that drop their phones often, too.

This is because it’s a clear case, but it also has a reinforced bumper, allowing you to drop it and not worry about the OnePlus 9 Pro shattering or breaking. As that bumper is going to be able to handle all of the damage. Which is definitely a good thing here. It might not look as good as some of the other clear cases out there, but it will be more protective, and that’s what matters.