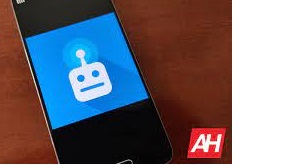 We live in a day and age where spam calls have become extremely frequent, unfortunately. It’s a bigger problem for some, than others, but if they do annoy you, there’s a way you can get it under control. You can use one of the call blocking apps for that purpose, there are quite a few available in the Google Play Store, and we’ve decided to highlight some of the best ones. Do note that the apps listed below are only our personal favorites, there are others available, of course.

You can use these apps for other call blocking purposes, not only for spam calls. You can always decide to block someone’s number for any other purpose. Some of these apps even have some SMS-related features that you can take advantage of. Do note that these apps are not listed in a specific order. That being said, if you’re interested to know more, read on.

Below is a little more information on each app, a suggestion for the type of user the app is best suited to, and a direct link for easy downloading.

Truecaller is easily one of the best call blocking apps for Android. This application not only comes with a really nice, modern UI, but it offers all the features you’d expect out of such an app. This app can help you identify unknown calls, and keep you protected from spam calls and SMS messages. It identifies and blocks fraudsters, telemarketers, and various other incoming calls / messages you want to ignore.

Truecaller will do its best to tell you whether the incoming call is a business or spam. You can, of course, add whatever number you want to a blacklist that is built into Truecaller. That way, you can even compile your own list of numbers you’d like to block. This is a feature we’ve seen on many such applications, but it’s really useful to have regardless. You can say it’s one of those must-have apps in a call blocking app.

Hiya is a very interesting app for a number of reasons. First and foremost, though, this app doesn’t come with ads. There are in-app purchases included, of course, as in almost every other app on the list, but this app doesn’t have ads at all. On top of that, its UI is really great. It’s nice-looking, and quite functional. Like basically any call blocking app, this one will also do its best to identify the incoming call.

It will allow you to look up numbers in the smart dialer, and to block and report spam numbers manually. You can add names and addresses from Hiya to your phone book contacts, if you want. The app does a really nice job of identifying robocalls, marketers, debt collectors, and fraud calls. All in all, it’s a very reliable call blocking application, that’s for sure.

Calls Blacklist is another really compelling call blocking app. Making blacklists in this app is a breeze, mainly thanks to its UI. This app is a call blocker for both calls and SMS messages. As pretty much every other app on the list, it does its best to block telemarketing, spam, and robocalls, while allowing you to block such calls yourself as well. The app even allows you to export your blacklist, and import it on another device.

If you’re switching your phones frequently, this app may be the way to go for you. Cloud backup is always the best option, though. This is also quite a lightweight app, compared to many other applications on the list. It’s made to the basics when it comes to call and SMS blocking, and it does that really well. If you don’t need some fancy features, do give this app a try.

Call Blocker by Fiorenza Francesco is one of the best call blocking apps out there, no doubt. On top of that, this is one of the best-looking call blocking apps in the Play Store. This app’s UI not only looks great, but it works great as well, while it’s quite functional at the same time. That’s the holy trinity of UI design. This application does a great job of blocking unwanted calls from call centers, spam numbers, robocalls, telemarketing, and so on.

You can block any number with the app, while you can also schedule call blocking for particular time periods. This can come in really handy, think of it as DND (Do Not Disturb) on steroids. Blocking international calls and numbers is a breeze, while you can enable whitelisting as well. The app will also keep record logs of rejected phone numbers, so that you can always go back and check them out.

Should I Answer? is yet another great option for a call blocking app. This app offers all the features you may want, while it also packs in some customization options. The app has a rather extensive database of spam numbers, and that database gets constantly updated. If it spots that one of those numbers is attempting to call you, it will automatically block it, it’s simple.

The app can block hidden, foreign, or premium rate numbers. You can also add your own numbers to the list, if you want. The app will even work if you’re using it while you’re not connected to the internet. It will update the local database when your phone connects to the Internet. The whole ordeal is really simple, actually. The app’s UI is also quite simple, which is a good thing.

CallApp is actually a call blocking app that comes with a built-in store. You can buy various upgrades that way, if you want. The app can also show you caller IDs from upcoming calls, and auto-record calls if you want. It also has some additional features that you may find interesting, such as call reminders. Many of those additional features, that you can get, are actually quite useful.

Do note that the app does come with ads in the free version. You can use it without a problem, but you’ll get those pesky ads that may annoy you. You’ll also be required to make an account before you can even use the app, so if you’re not ready for that, you may skip it from the get-go. This app does come with a ton of added features, and that takes away from its simplicity. It’s still quite a capable application, though, and something you should consider using.

Call Control is a great call blocking app. The company puts a huge emphasis on the community here. This app is community-controlled, essentially. The more user reports come in, the better the app becomes, essentially. That kind of approach did wonders for apps like Waze, and it still does. It also helps this app shine where it matters most, identifying calls that you don’t want to receive.

The app’s design is excellent, while you can create a personal blocklist, if you want. Caller ID and Smart Dialer features are included in the package, of course. One downside is that you have to create an account as well. Also, if you’re not ready to pay for a service like this, you may as well look elsewhere. The company does give you a free trial to try out what it offers, but it will ask you to pay up once it’s over.

Call Blocker by AndroidRock has arguably the worst-looking UI amongst all of these applications. The UI is dated, but despite that, this app is highly-functional… for essentials. If you’re looking for something immensely simple, and you don’t mind the dated UI, this app is worth considering. It can block spam calls for you, while it also allows you to create a personal blocklist.

In addition to that, you can also whitelist numbers, just to make sure they won’t get blocked. The app also keeps records logs of rejected numbers, just so you know exactly what calls got turned down. There are several modes that you can choose from, as in the way the app operates. This app is immensely simple to use, it offers a simple design, and it’s also lightweight. On top of everything, it’s completely free.

And last, but not least, Whoscall. This is a highly-popular call blocking application, for a good reason. This is the best hybrid call blocking app, essentially. It’s one of the best apps to apps that are consistently doing a good job with both unwanted calls and SMS messages. Over 70 million people use this app across the globe, while the app also has a bunch of positive reviews in the Play Store.

The app can identify unknown calls, and block spam calls, while it comes with a built-in dialer. The UI design is also very nice, which is always a good thing. You can also search for any number you want through the app. There are also some ‘Premium’ features that the company offers via a subscription model that you may find quite appealing. This app is definitely worth trying out.