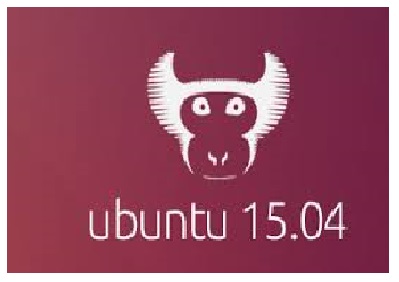 Ubuntu 15.04 was just released, and there are some early reviews of Canonical’s latest desktop distribution. So far the buzz seems somewhat mixed, and that’s not surprising since Ubuntu 15.04 is a relatively low-key release without lots of flashy, new features.

In fact, Ubuntu 15.04 raises the bar when it comes to inconspicuous updates. From a user perspective, the only noticeable change is to application menus, which now appear in their respective windows rather than at the top of the screen. Such behaviour has been optional since 14.04 – and indeed was the default in Ubuntu 10.10 and before – so as user-experience updates go, this isn’t exactly a brave new world.

Ubuntu is as capable and accessible as it ever was, and just as free. But it’s hard not to feel a touch of dismay at the apparent lack of progress on show, especially in light of all the ambitious talk that’s been coming out of Canonical in the past few years.

Ubuntu isn’t driven by profit, so it doesn’t need to chase market share, or indeed relevance. However, as big plans have faltered, and innovation on the desktop OS appears to have ground to a halt, the scent of stagnation has started to hang around the platform.

If you’re looking for a free, friendly and powerful OS for desktops and servers, Ubuntu is still an easy Linux distribution to recommend. But even for established Ubuntu users this update is neither practically nor emotionally compelling. If Canonical seriously wants Ubuntu to make more of a mainstream impact, Ubuntu 15.04 – a barely necessary update rolled out to serve a timetable rather than a strategy – is precisely the sort of thing it needs to stop releasing.

SJVN at ZDNet wasn’t thrilled with it either, but still considers Ubuntu a good option for desktop users:

There are lots of new goodies in Ubuntu 15.04, Vivid Vervet, but most of them are for cloud administrators and DevOps. Ordinary Ubuntu PC users will only find a slightly better desktop experience.

The new desktop, though, is, well, OK. There are no major changes that will jump out at you. Yes, there’s now a default purple background, but you can change that in less time than it takes to read this paragraph. Another change is that local menus, menus attached to an application, are now the default. A while back Canonical decided that in its Unity interface, menus should be on the top of the desktop. Well, you can change it back that way if you like, but most users seemed to prefer the application menus with the application window, so Canonical changed it back.

All-in-all, I would be very excited to use Ubuntu on the cloud or if I were a developer. For an ordinary desktop user, I still think Ubuntu is the easiest way to get into the Linux desktop. For a power user, like myself, Linux Mint 17.1 with the Cinnamon interface is still my top pick.