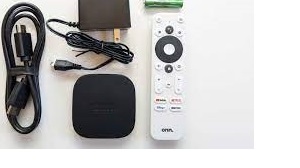 Cyber Monday has arrived and Walmart is kicking things off with a relatively massive deal available for two “onn.” TVs from the start of its Walmart Cyber Monday deals. In fact, right now, buyers can pick up 40-inch and 70-inch onn. TVs from Walmart for Cyber Monday at just $128 and $398, respectively.

Both deals are set to go live as of 12:00 PM PT for Walmart+ members. While non-members will need to wait until 4 PM PT today to get in on the deal. Regardless, shipping here will be free.

Both of the deals in question here are on Smart TVs too. So neither television is necessarily a bad deal. At $128, the onn. 40″ Class FHD (1080P) LED Roku Smart TV HDR says it all in the name. The 40-inch television supports HDR playback at a 1080p resolution. Complete with streaming support for Netflix, Disney+, HBO Max, Hulu, Apple TV, Showtime, Peacock, ESPN, Spotify, and Roku. As well as thousands of other apps.

Better still, despite its price, this smaller set comes with three HDMI ports, as well as a composite, USB, optical, and coaxial/cable port. And, of course, a headphone port. So, if you’re looking for TVs for bedrooms with plenty of hookups for Cyber Monday, onn. and Walmart have you covered.

What about the bigger of the two Cyber Monday Roku Smart TVs from onn.?
Conversely, the onn. 70″ Class 4K UHD LED Roku Smart TV HDR brings a similar subset of features to the table in a living room-worthy size. And, of course, that’s a 4K UHD television with a 60Hz native refresh rate and DLED display, just like the smaller offering. Additionally, the 70-inch class television, selling at just $398, packs a LAN port.

That means that streams can be kept going at 4K via a hardwired internet connection. In addition to helping keep app auto-updates on time and the apps themselves at the ready, whenever you’re ready to stream.