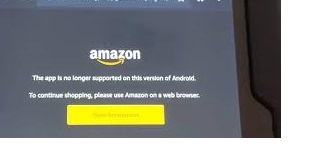 Several companies are lashing out at Google over the new policy it’s passing for all of the apps on the Google Play Store. Last year, Google warned all Android app developers that they need their apps to use Google’s billing service. Most of the apps already use Google billing, but some apps like YouTube, Netflix, and Amazon used their own billing services.

The issue with having to use Google’s billing service is that the developer will need to pay a whopping 30% of its revenue to Google. A ton of developers take these terms because it’s either Google’s way or the highway. However, larger companies with the capacity to find an alternative are doing so.

This is why Amazon won’t let you download apps from its Android store
Because of this new policy, Amazon no longer lets people download apps from its Android store. Using the actual Android app would mean that the company would need to pay Google the 30% for transactions. However, if Amazon were to handle the transactions with its own services, then it could keep all of the money for itself.

This doesn’t only involve Amazon
There are other companies that are making changes because of this. Throughout the year, YouTube has been making the move over to the Google billing service. Also, Hulu has stopped signups on the app because of the policy. We’re not sure if these companies will file some sort of lawsuit against Google for this, but it wouldn’t be outside the realm of possibility. Google is really ruffling a lot of feathers.