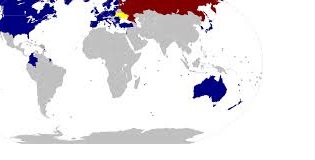 In a show of solidarity with the Ukrainian people, Google is now leveraging the Play Store to allow users to donate to authorized aid agencies in the region. Some Android users now see a new banner on the Play Store that reads “Send support to Ukraine.”

Tapping the banner takes users to a page with options to donate via agencies like the International Rescue Committee, the Center for Disaster Philanthropy (CDP), and the UNHCR. Google even has a landing page on the web with links to send donations to these relief agencies.

“Here at Play, our thoughts are with Ukraine. Whether it’s providing medical care, shelter, or supplies, these organizations are working hard to help those in need. We hope you’ll be able to show your support, too,” Google elaborates (via 9to5Google).

You can easily donate to Ukraine using the Play Store
Users are free to donate using Google Play billing in denominations of as low as $5 (no more than $100). Google points out that there are no fees involved and that all proceeds from the donations go directly to the organization chosen by the user.

You can also donate via Google Play Points, with 50 points equalling $1, 250 points amounting to $5, etc. This particular donation method is accessible by heading over to the “Use” panel within Play Points and scrolling down to find a section named “Support a good cause.”

In addition to allowing users to donate, Google is also matching donations made via Google.org (up to $5 million). The company will continue to match donations made through its portal until April 30, 2022. Funds from this campaign go to the UNHCR, UNICEF, and the World Food Programme.

The invasion of Ukraine has also resulted in the pullout of several big corporations, including the likes of Samsung and Spotify. Meanwhile, Google’s YouTube has limited the reach of Russian news agencies and government channels, citing fears of disinformation.