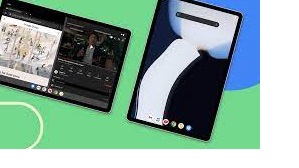 Android 12L is now reaching the end of its beta testing phase, and it seems to be pretty stable. Regardless, Google still wants to know how everything is going. The company has now set up surveys so that users can give the company their feedback on Android 12L.

You can now give your feedback for Android 12L
The backbone of every beta program is the torrent of feedback from the community of testers. Right now, Google is testing out Android 12L on multiple devices including phones and tablets. Over the past couple of weeks, people have been able to test out Android 12L and see how it improves on Android 12 proper.

Now, Google is opening the floodgates to any feedback that its users want to share. As most companies compile feedback data, Google is issuing a survey to its users which will make the whole process quicker and easier. It’s a short and anonymous survey that shouldn’t take longer than about 10 minutes. What you need to know is that you can only take the survey if you’re on the right build of Android 12L (S2B3.220205.007.A1). You’ll be running this build if you’re on the third beta.

What’s in the survey?
At the beginning of the survey, Google will ask you to confirm that you’re on the right build and what device you’re testing it on. Next, you’ll get the run-of-the-mill satisfaction questions about the stability, performance, battery, camera, etc.

After that, it will ask you if you’d recommend this build of Android and what key areas you think need to be improved. Then, it will ask you to describe the issues you had while using the software. You won’t run into any particularly challenging questions. Taking the survey would be for the best, as every bit of feedback for Android 12L matters.