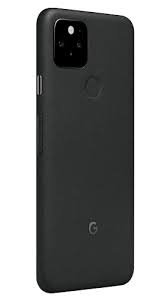 Samsung and Google have a very good friendship going on (Wear OS is STILL exclusive to only Galaxy Watches), but something doesn’t add up. Samsung just launched its new Galaxy S22 phones, and you can trade in your old phones for a discount. However, Samsung is not letting you trade in your newer Pixel phones.

You can’t trade in your newer Pixel device for a Galaxy S22
Trade-in deals are one of the biggest factors that move expensive devices. You can trade in a newer device and get up to a couple of hundred dollars off a new phone. With the new Galaxy S22 phones now announced, a lot of people are trading in their old Galaxies to get deep discounts. You can also trade in devices from other OEMs as well; if you have an iPhone or even an LG, feel free to trade in.

Funny enough, though, Samsung made some surprising omissions. When pre-ordering a phone, you can choose to trade in Pixel phones as old as the Pixel 2XL. However, the list only goes up to the Pixel 4XL. This means that you can not trade in your phone if you have a newer Pixel device (Pixel 5/5a Pixel 6/6 Pro). That seems to be a weird exception, as these devices (at least the Pixel 6 phones) are still really new.

A Pixel 6 Pro, which seems to have been a pretty popular device, would have given you a pretty good discount if you could trade it in. Even the $600 Pixel 6 could have taken some respectable coin off of the price.

We’re all wondering just why Samsung took these phones off of the list. It’s unlikely that either company will comment on this, but you can bet that publications are bombarding them with requests to comment. If you have a Pixel 4XL, then you’ll be able to trade it in for up to $150 off of the original price of a Galaxy S22. That would take the price down to $649 which isn’t a bad deal.