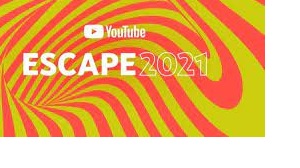 YouTube has announced a new live interactive event called Escape2021. The event will run for 24 hours and include creators plus musicians to look back at some of the key trends and content from 2021. This program effectively replaces the annual YouTube Rewind program, which was canceled after criticism from creators.

Speaking about the cancelation of the Rewind series, YouTube said in October that it would shift its focus towards other productions. Escape2021 appears to be a part of this broader plan, which includes “real-time live experiences,” the company said (via).

The 24-hour live event would be hosted on YouTube’s channel, where viewers can participate in challenges based on trends from this year. Watchers can solve challenges or answer trivia by combining their skills with other viewers through the live chat feature.

Some of the guests at Escape2021 include BTS, Doja Cat, Mark Rober, and SeanDoesMagic
Escape2021 will revolve around LoFi Girl, the popular YouTube channel, with viewers working towards offering her some time off from studying.

The livestream will have three chapters to allow people across the globe to participate regardless of their time zones. Since LoFi Girl is the event’s protagonist, she will appear between chapters. After completing all the challenges, viewers unlock an exclusive performance from a mystery musical guest.

YouTube did not publish a Rewind video towards the end of 2020 due to the pandemic. The video platform went a step further in October when it said it would retire the Rewind series altogether. At the time, the company said it would offer a “different and updated kind of experience” in place of this series.

Despite the end of YouTube Rewind, the platform said it would continue to promote year-end recap videos from other creators. The 2018 edition of YouTube Rewind marked the beginning of the end for the series. Several viewers criticized the absence of several popular creators in the video. This led to YouTube putting together another Rewind video shortly after, though it couldn’t do much to change the sentiment.