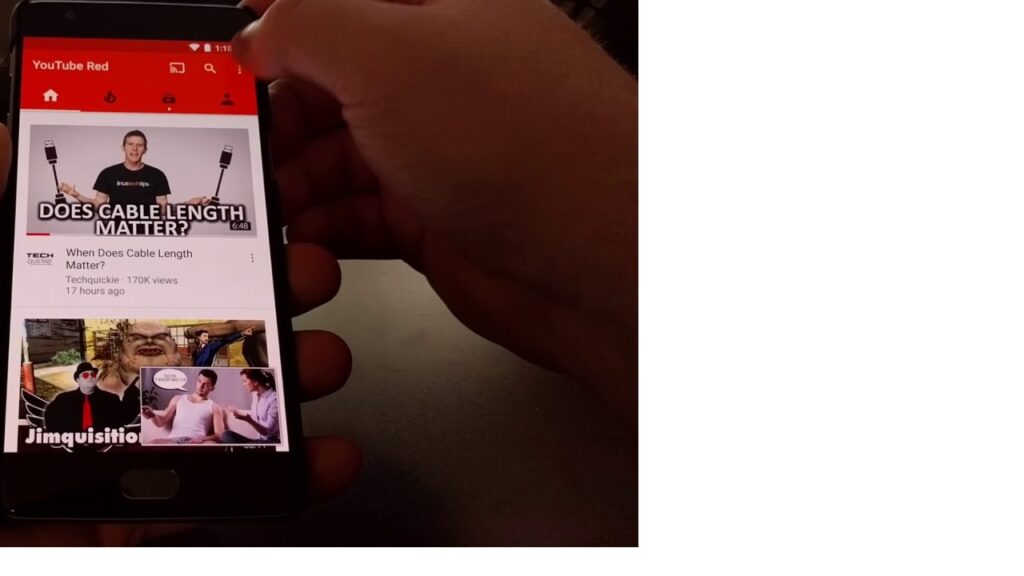 Several users (myself including) confirm that the YouTube tap to seek bar to skip feature no longer works. Notably, as highlighted by Silver Product Expert rjlefty96, this is done in order to eliminate the accidental touches.

However, this feature has now been removed from the YouTube app. Apparently, a new server-side update went live recently, and it disabled this YouTube tap the seek bar to skip feature.

And now, for those who wish to skip the video forward/backward, they need to hold and slide the finger to seek. Though this feature was also there, not many have found it useful.

This is not something new for the iOS users, and this slide finger on the seek bar is the default behavior for the iOS YouTube app.

YouTube developers have now decided that this feature is the root cause of accidental touches while watching a video. And after iOS, the YouTube tap the seek bar to skip feature is now gone from Android as well.

The new YouTube seek bar behavior looks practical on paper, but not in actual usage
Yeah, we get it. YouTube removed the tap on seek bar behavior to get rid of the accidental touches. But that is good, only on paper. In real use scenario, several users still prefer the old tap on the seek bar option.

Interestingly, there is no tutorial or message stating that users can no longer tap to seek. For this reason, many users thought that this is a bug and not a well-thought decision from YouTube developers.

Several users have reported and complained about this behavior on Google support forums and Reddit. Users are finding this new behavior complicated and not very helpful.

The new seek bar behavior on the YouTube app seems to be rolling out as a server-side change. So, there is no APK, and if you still don’t have this new seek bar feature, better make the most of the old one.

Good thing is that if you did not like the new YouTube seek bar behavior and wish to get the tap to seek feature back, you can uninstall all the updates of the YouTube app.

However, this would bring you back to some of the oldest versions of the app. And you would definitely miss out on several new features that were pushed in the new updates. Plus, some security risks will also be there with the old version of the app.