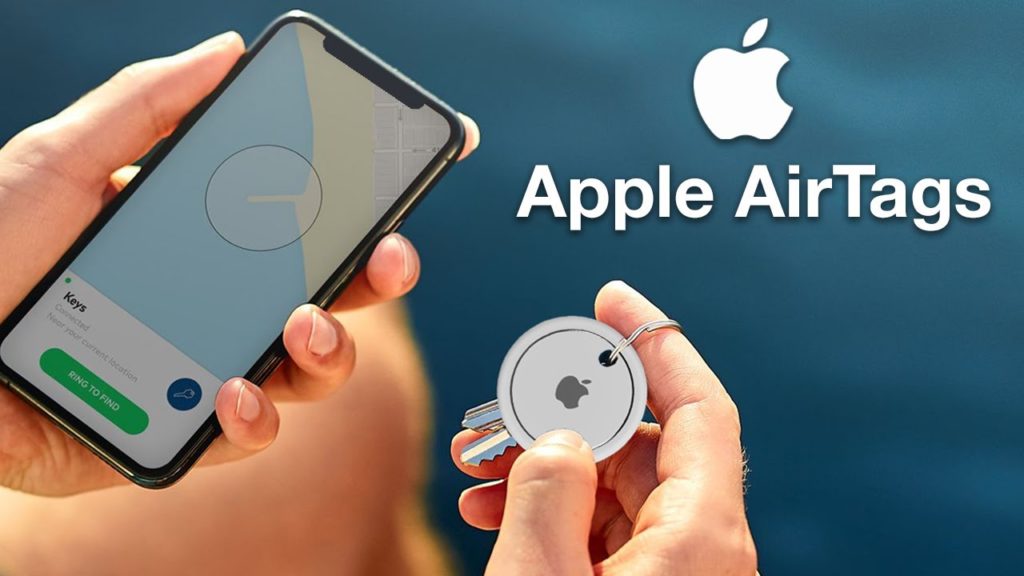 AirTag is a tracking device developed by Apple. AirTag is designed to act as a key finder, helping people find personal objects (e.g. keys, bags, apparel, small electronic devices, vehicles). To locate lost items, AirTags leverage Apple’s crowdsourced Find My network, estimated in early 2021 to consist of approximately one billion devices worldwide that detect and anonymously report emitted Bluetooth signals.[2] AirTags are compatible with any iPhone, iPad, or iPod Touch device capable of running IOS/IPadOS 14.5 or later. Using the built-in U1 chip on iPhone 11 (excluding iPhone SE 2nd generation) or later, users can more precisely locate items using UWB (ultra-wideband) technology. AirTag was announced on April 20, 2021, made available for pre-order on April 23, and released on April 30.
AirTag is a super-easy way to keep track of your stuff. Attach one to your keys, slip another in your backpack. And just like that, they’re on your radar in the Find My app, where you can also track down your Apple devices and keep up with friends and family.

At $29, a single Apple AirTag is pretty darn cheap and is the cheapest gadget by the tech giant. It’s an iPhone accessory at heart, and you’ll need that device to set it up. The core purpose is to locate the item it’s attached to — it will show you the location on a map (either live or last reported location) and play an audible sound for easy finding.
Features combined with a dead-simple operation makes the AirTag an invaluable resource in day-to-day life. We can’t tell you the number of times we ended up locked out of our dorm or unable to get a meal due to forgetting our keys or ID cards. The AirTag would have delivered a notification to let us know that we left something behind. It’s pretty clutch and can save you a walk back across campus to grab whatever you left behind.
And here’s how it all works — the AirTag itself doesn’t have GPS inside. Apple only included Bluetooth, NFC and ultra-wideband connectivity inside, along with a speaker and a user-replaceable battery. It will take close to a year to run out, and it’s a common CR2032 battery when the time comes. The AirTag uses Apple’s Find My network, which is made up of over a billion connected devices. This way, as you’re walking around, a random iPhone or iPad will spot your AirTag and securely pinpoint it on a map. That location is only available to you or whomever the AirTag is registered to.

The AirTag is a small, button-shaped tracking device with a glossy white front that can be customized with an engraving and a silver backing. AirTags are designed around the CR2032 batteries that are inside, and need additional accessories to attach to an item. AirTag measures in at 1.26 inches in diameter, and it has a height of 0.31 inches, or 8mm. It weighs 0.39 ounces (11 grams).

How does it work?

Your AirTag sends out a secure Bluetooth signal that can be detected by nearby devices in the Find My network. These devices send the location of your AirTag to iCloud — then you can go to the Find My app and see it on a map. The whole process is anonymous and encrypted to protect your privacy. And itʼs efficient, so thereʼs no need to worry about battery life or data usage.

Apple AirTag: How to set up?

Setting up Apple AirTag is easy. The accessory just needs to be brought closer to iPhone and it will connect, just like AirPods. The AirTag can be assigned to an item and can be named as per choice or from a list of default like “Keys” or “Jacket”.
Once set up, AirTag will appear in the new Items tab in the Find My app. Here, users can view the item’s current or last known location on a map.

Apple says that location data is kept private and anonymous with end-to-end encryption. The location data or location history is not stored inside AirTag physically.
Thanks to end-to-end encryption on Find My network, only the owner of a device has access to its location data. According to the company, no one, including Apple, knows the identity or location of any device that helped find it.
When it comes to unwanted tracking AirTag ships with a host of features such as frequent rotation of Bluetooth signal identifiers transmitted by AirTag, identifying and notifying the user of unknown AirTag.

How Far Does An AirTag Reach?

How far an AirTag can reach depends on which of the tracking methods above is used. Apple has yet to declare the actual distance, but there are some clear indications that can help. An AirTag uses Bluetooth to connect to an iPhone during the initial setup process, and an iPhone needs to be within a range of 33 feet to connect to any Bluetooth device, according to Apple. Therefore, and regardless of the actual range of an AirTag, the operating distance is 10 meters. It is worth keeping in mind that this is also usually considered to be the maximum range, as there are additional factors that can limit the distance of a Bluetooth connection. For example, Bluetooth is largely dependent on a clear line of sight, with obstacles, such as walls, potentially affecting the connection. In saying that, some users may find they can squeeze a few more feet out of the connection, depending on the item, location, and line of sight.

Your Most Asked Questions About AirTags, Answered

What is the range of an AirTag?
What is the distance an individual AirTag can track with Bluetooth?
Do you have to charge an AirTag?
What is an AirTag’s battery life? How long do AirTags last?
Can I view an AirTag’s location history?
How often does an AirTag update its location?
How many AirTags can you have?
Are AirTags waterproof?
Can I trigger an AirTag to make a sound?
How are AirTags similar to Tile trackers?
How are AirTags different from Tile trackers?
Can you use AirTags to track pets or people?
How do you attach AirTags to things?
How thick is an AirTag? Can you fit one in your wallet?

You can get answers of all these questions online. 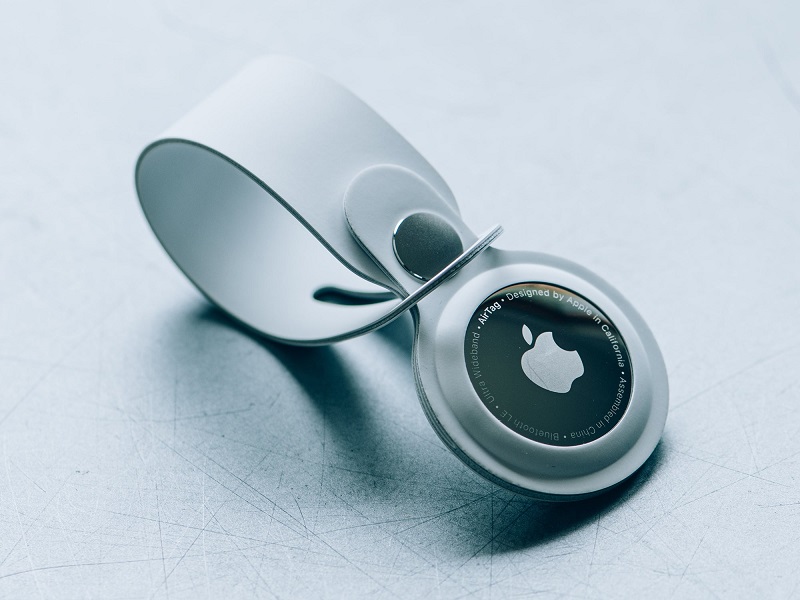 Apple doesn’t advise using the AirTag as an anti-theft device. It is meant to locate lost devices, and stolen devices should be reported to the proper authorities.
Users cannot share an AirTag with family members. This prevents unwanted tracking of a member of your Apple family but also limits the ability to place a single AirTag on a shared item such as car keys. Only the owner of the AirTag can place it in lost mode or see its current location in the Find My app.

If an AirTag has been separated from its owner for three days, it will begin chirping regularly. Reports indicate the chirp is only about 60 decibels at its loudest and can be easily smothered if the AirTag isn’t in an open space. This chirp is the only protection against stalking Apple can provide to those who do not have an iPhone.
Notably, there are cheaper tracking technologies sold on the market that don’t attempt to alert people to their presence. One such tracker is sold by Tile, which will soon tap into Amazon’s Echo network for easy finding.

Devices with the U1 chip that can use Precision Tracking:

Users will need to be within Bluetooth range, so about 15 to 30 feet away, to use Precision Tracking. Otherwise, it will be up to the Find My network to ping the lost AirTag and update the owner of its general location.

Errors and other issues